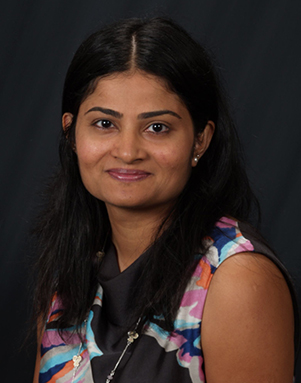 Supriya Rao MD, was born and raised in Karnataka, India. She attended M.S. Ramaiah Medical College in Bangalore, India, and graduated in 2003 with M.B.B.S degree. After moving to the United States in 2003, she finished her Obstetrics and Gynecology Residency training at Newark Beth Israel Medical Center in New Jersey. She graduated in 2010, where she served as a chief resident from 2009-2010.

After residency, she moved to Georgia to participate in minimally invasive and robotic surgery Fellowship at St. Joseph’s Medical Center in Atlanta, GA. In 2012 she completed her fellowship and has been practicing obstetrics and gynecology ever since.

Dr. Rao is experienced in all aspects of obstetrics and gynecology, including complicated pregnancies, preventive care, and gynecological issues. Her special interests are in minimally invasive and Robotic surgery as well as, preventive care. Her goal is to provide quality care and assist patients to make informed health decisions through education and understanding of their condition.

Dr. Rao is multilingual, she can speak English, Hindi, Kannada and Tulu.  She is married with a daughter and a son. In her free time, she enjoys gardening, traveling, cooking and art.