7 Myths About Vaginal Birth After C-section 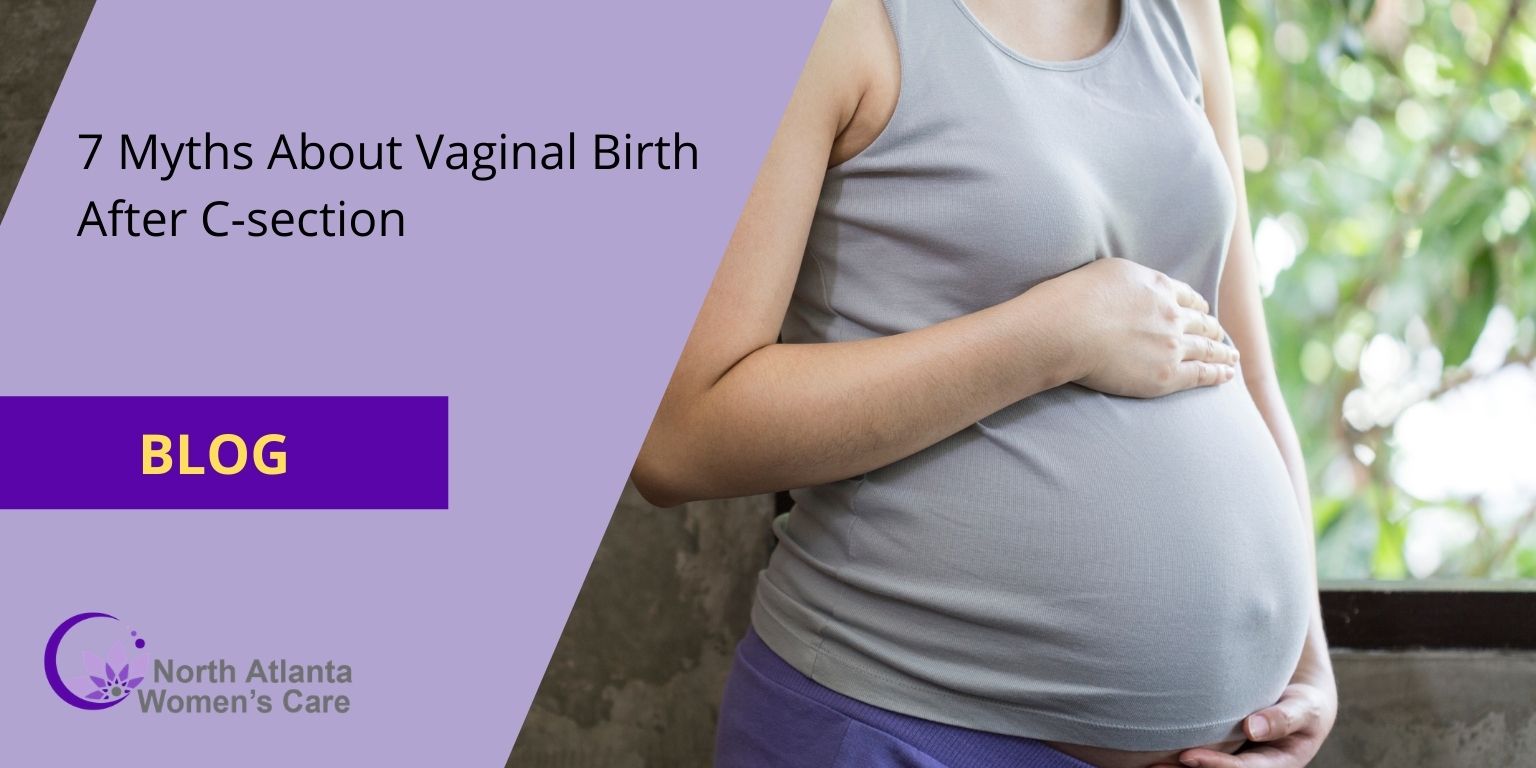 It is a common belief that if you had a cesarean delivery before and you are pregnant again, then c-sections are the only option. As a result, the repeat rate of cesareans in America is over 90%.

The fact is, a VBAC is possible and can be safe with the guidance and care of your OB/GYN. Following are a few myths and facts about VBAC that will help you consider your options:

FACT: Most women fear that attempting a natural birth after a previous C-section will rupture their uterus and cause their C-section incision to split open. As per experts, the risk of uterine rupture after one low transverse (bikini) cut cesarean is as low as 0.5% - 1%. In fact, even first-time vaginal deliveries can pose a risk of uterine rupture and other complications such as cord prolapse, shoulder dystocia, and placental abruption.

MYTH 2: If you are pregnant with twins, you cannot have a VBAC

FACT: It is a common understanding that if a woman has had a C-section previously, and if she is pregnant again with twins, she would need a C-section. However, according to guidelines by the American Congress of Obstetricians and Gynecologists (ACOG), if there are no complications, a woman with a low-risk twin pregnancy can safely attempt VBAC.

MYTH 3: It is illegal to have a VBAC

FACT: It is widely believed that it is illegal to have a Vaginal Birth After C-section in some states, owing to the liability, it is likely to cause for doctors and hospitals. In fact, it is legal to have a VBAC in every single state in America. Although it is legal, not all facilities offer VBAC delivery as an option. Consult with an OBGYN about your birthing options.

MYTH 4: There is a 25% chance of either maternal or infant mortality during VBAC

FACT: The risk of either infant or maternal mortality is very low in the case of VBAC. The maternal mortality rate during a VBAC is 0.0038%, while during an elective repeat cesarean, it is 0.0134%. Based on limited evidence, the risk of infant death is 2.8-6% after a rare uterine rupture.

MYTH 5: There are no risks associated with repeat cesarean besides surgery

MYTH 6: Most obstetricians refuse to perform a VBAC

FACT: Although doctors and hospitals may have a varying attitude towards VBAC, technically, recommendations for a VBAC depends on each unique situation. VBAC can be possible, and your caregiver can help you understand your options and make an informed decision.

MYTH 7: Once you have had a cesarean, all other deliveries must be a cesarean

If you are planning to have a VBAC and want the best recommendations and services of the most skilled gynecologists in North Atlanta, contact us.

North Atlanta Women’s Care specializes in complete women's health care and is the preferred source of comprehensive obstetrics and gynecology services for many women in Johns Creek, Georgia, and the greater Atlanta area.